Dressing Code
While there is no dress code at the Met, the theater recommends comfortable clothing appropriate for a professional setting. Attendees tend to dress more formally for Galas or openings of new productions, but this is optional.

Founded in 1883 with a performance of Gounod’s Faust, New York City’s Metropolitan Opera has become a hub for the most exciting operatic work in the world, with numerous new operas premiering there every year along with a selection of the best operatic productions from around the world. All the world’s most distinguished and talented opera singers have flocked to perform there since its inception, including Lilli Lehmann, Enrico Caruso, and Luciano Pavarotti. Conductors including Anton Seidl, Gustav Mahler, Artur Bodanzky and Yannick Nézet-Séguin, the current Music Director Designate.

In September 1966, the Met moved from 39th street to the new Metropolitan Opera House at the Lincoln Center, where the company was able to put on more impressive performances thanks to its remarkable technical facilities. These days, the Met stages more than two hundred performances in New York each season, attended by more than eight hundred thousand people. Through distribution, technology, its radio broadcast series and The Met: Live In HD transmissions, millions of people worldwide are able to experience the works that the Met produces.

Through the Lincoln Center, the Met has been able to modernize and to move with the times, for example creating a commissioning program that enables composers and playwrights to create and develop new works. Not only is the Met a way to see Tosca, Carmen, and Aida, but it’s a way to experience a new way of looking at the arts and in the world. It is a vital part of New York City’s entertainment and arts scene. 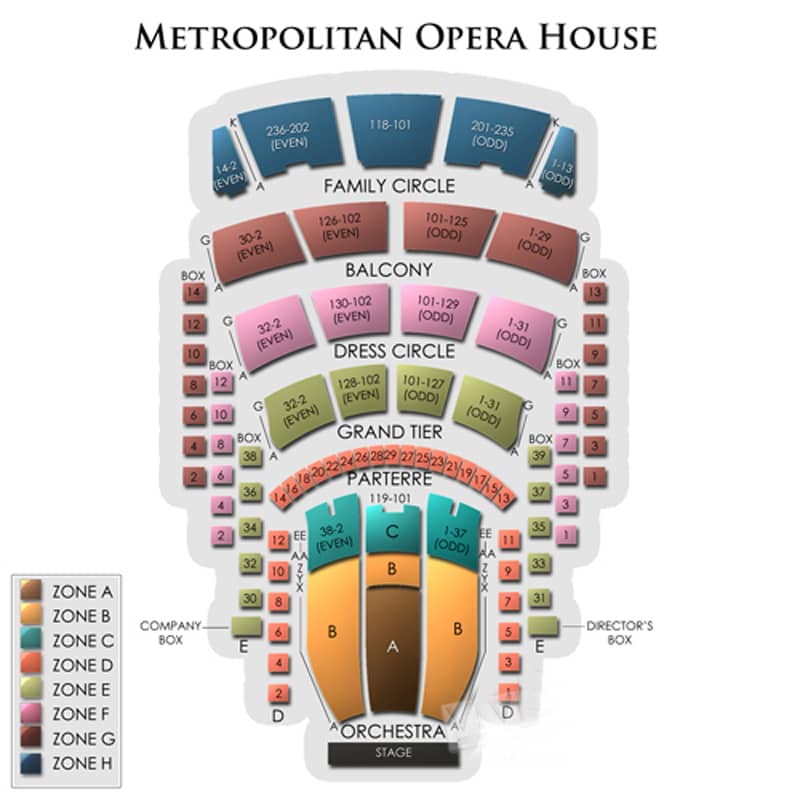