The David H. Koch Theater is a theater for ballet, modern and other forms of dance, part of the Lincoln Center for the Performing Arts located at the intersection of Columbus Avenue and 63rd Street in New York City, United States.

The theater occupies the south side of the main plaza of Lincoln Center, opposite David Geffen Hall. 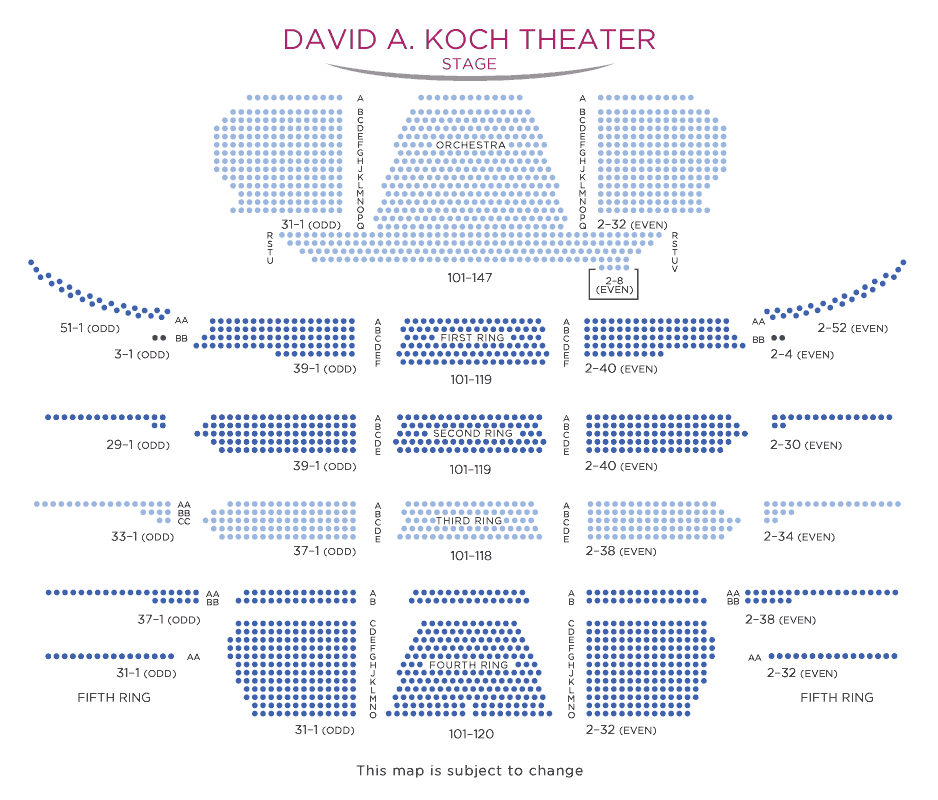