Redecorated in 2000, the theatre is once again illuminated by the original chandelier that had been removed more than 40 years ago.

The Brooks Atkinson has 1,069 seats and is one of The Nederlander Organization’s nine Broadway theatres. 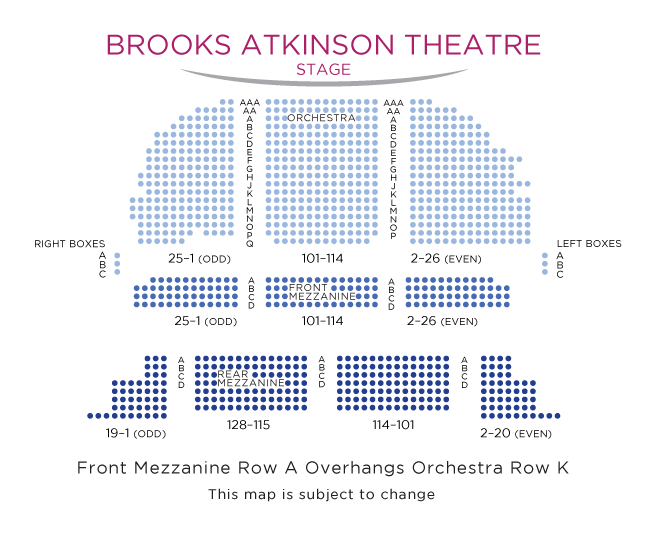