Waitress is an upbeat musical with a score by pop singer-songwriter Sara Bareilles.

The show is based on the 2007 film of the same name which starred Keri Russell and Nathan Fillion.

The small-town vibe and playful characters translate brilliantly on the Broadway stage, offering a lovable cast of characters and a colorful setting to the audience.

Waitress is clever and sweet, directed by Diane Paulus in such a way that it easily tugs on viewers’ heartstrings.

Indeed, Waitress is an emotionally engaging tale of a downtrodden woman finding her way in the world with just a little help from the people around her.

The transformation of the main character, Jenna, is a glorious thing to behold.

At the start of the show, Jenna is a troubled Southern waitress who has just found out that she is pregnant. Jenna isn’t exactly thrilled to be with child – this might be because Earl, her husband, is a rough and unromantic character who is unflinchingly rude to his wife. She tries to keep her pregnancy from him but there seems to be little way out of this life for Jenna and her future child. That is until an unlikely newcomer offers a touch of romance and Jenna gets creative with her pie-making.

The show is whimsical in the best possible way, offering a sugary sweetness to audiences that is well balanced with the issues in Jenna’s home life. Her colleagues at the diner add extra humanity to the production and the cast is unswervingly strong.

Similarly, the musical numbers by Bareilles are a mix of country and pop that work beautifully with high points such as “It Only Takes A Taste” and “Never Ever Getting Rid of Me”. 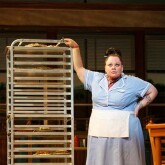 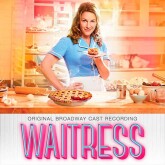 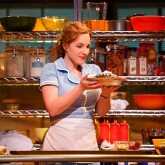