THE PLAY THAT GOES WRONG BROADWAY

The Play That Goes Wrong is a delightful comedic romp that combines classic murder mystery elements with droll comedy and a sympathetic cast of characters. They play has been a sweetly unexpected success for its creators, Jonathan Syer, Henry Lewis, and Henry Shields.

The three began performing the play above a small pub in north London and while the play was receiving warm reviews and hearty laughs from audiences, it wasn’t until 2014 that it hit the big time. That was when Star Wars director J. J. Abrams stumbled across the show, which he then helped to bring to New York. With its combination of smart slapstick comedy and witty jokes, the show is sure to be a success on Broadway too.

The Play That Goes Wrong follows the opening night of a murder mystery play staged by the Cornley Polytechnic Drama Society. Their plans for a 1920s-style whodunit begin to go hysterically awry when props go missing, the set starts to fall to pieces, and the corpse forgets to play dead. From the moment the curtain is lifted, the audience gets to laugh along as the performers fail to hit their cues and struggle to make it through the unwieldy show.

Anyone who has watched a production goes wrong will be weeping with laughter while The Play That Goes Wrong progress, and fans of slapstick comedy will enjoy the production too. This exciting production has been watched by more than a quarter of a million people and enjoyed in countries across the world.

THE PLAY THAT GOES WRONG TICKETS

THE PLAY THAT GOES WRONG VIDEO 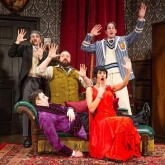 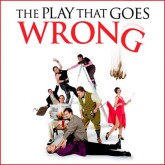 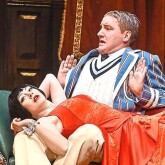