Home » Shows » The Phantom of the Opera

THE PHANTOM OF THE OPERA NYC

The Phantom of the Opera is a Broadway classic from the talented hands of Andrew Lloyd Webber. The musical was first performed in London’s West End in 1986 and premiered on Broadway in New York in 1988 to great acclaim.

In its illustrious theater career, The Phantom of the Opera has received critical acclaim and multiple Tony and Olivier Awards. Indeed, this haunting tale is a must-see for fans of Broadway or musical theater in general.

With extravagantly Gothic costuming from Maria Bjornson and beautiful staging courtesy of Harold Prince, this Broadway run will thrill audiences with the faultlessness of its story, music, and production. Fans of Phantom and first-timers will be awed by this excellent production that really does justice to the original text.

The show featured Ramin Karimloo and Sierra Boggess as Phantom and Christine.

This year, the award-winning musical is going into its 31st year at the magnificent Her Majesty’s Theatre and is still a favorite amongst theatre lovers.

With outstanding production and elegant staging, this run of The Phantom of the Opera is truly an example of Broadway at its best.

The musical has kept its flair and splendor throughout various stage and screen adaptations over the years, and this production is no exception. Musical numbers like “Masquerade” and “Music of the Night” have made the show famous far beyond Broadway and they are performed with reverence here.

The show is a marvelous piece of musical theater that will delight any and all theater goers.

The Phantom of the Opera has won various prestigious awards for its great music such as “The Music of the Night,” “Angel of Music,” and the famous title track, “The Phantom of the Opera.” But the numerous Tony and Olivier awards that it has garnered over the years are for more than just its music. The magnificent play is a stunning amalgamation of outstanding design, special effects, and memorable score.

The two-hour-and-thirty minute show is recommended for kids ten and over.

THE PHANTOM OF THE OPERA TICKETS

Select Tickets to Broadway’s hit musical The Phantom of the Opera at the Majestic Theatre in New York City!

THE PHANTOM OF THE OPERA SHOWTIMES 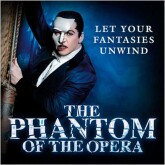 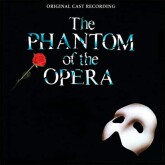 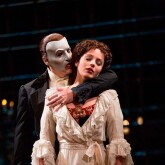 STORY OF THE PHANTOM OF THE OPERA

The haunting story of The Phantom of the Opera unfolds at a Parisian opera house where a mysterious musical genius, the Phantom, hides in tunnels under the ground floor, ashamed by his physical deformation. The Phantom is obsessed with a beautiful soprano, Christine Daaé, who becomes his protégée.
Set in the Paris Opera House, it tells the story of singer Christine Daae who is inspired by the Phantom’s voice to give performances that make her a star.

She, in turn, regards him as an angel sent by her deceased father. The deformed musical genius develops an obsessive love for Christine. When Christine begins to show interest in another man, the masked Phantom becomes uncontrollably jealous, threatening to completely upend Christine’s career, love, and life.

The final scene in which the phantom is unmasked and the chandelier falls is epic.