The Illusionists previously wowed New York audiences three record-breaking years in a row with Witness The Impossible, Live on Broadway, and Turn Of The Century, and around the world including smash hit engagements on London’s West End and on tour around the United States and Canada.

The magicians interacted with the audience and a few lucky people volunteered to go on stage. There were card tricks, birds, crossbows, straight jackets, and pyrotechnics. The show was approximately 90 min with. I would recommend this show for ages 16 and older. It was an excellent production and I enjoyed it.
Jacob, New York

The Illusionists return to New York City for a fifth Broadway holiday engagement. 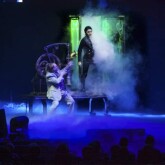 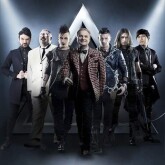 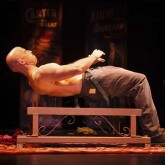