Director Garry Marshall hit it out of the park with his now-classic film “Pretty Woman,” and if he were alive today, he’d doubtless be thrilled that his creation is finally making its way to Broadway.

Marshall penned the musical’s book with J.F. Lawton and Bryan Adams and Jim Vallance created the score that features a boatload of rock and roll ballads. The story still lives in the imagination of those who were entranced by the tale of Vivian, the hooker with the heart of gold who falls in love with her wealthy and sophisticated client. The roles were played in the film, respectively, by Julia Roberts and Richard Gere, but there has as yet been no word on casting for the Broadway production.

Before he passed away, Marshall promised that this new version of the story would be more uplifting and positive than the film. Still, the film succeeded as a very romantic comedy, so audiences will be expecting more than just jokes and sight gags.

Two-time Tony winner director Jerry Mitchell (“Kinky Boots” and “La Cage aux Folles”) will be in the director’s chair and has revealed a few details about changes in the scenes.

Almost two decades after the success of the “Pretty Woman” film, this production promises to add some light-hearted dimensions to the character of the ruthless businessman while retaining the chemistry created between the two main characters.

After all, singing and dancing will have to part of the production and that is bound to lighten the mood even further. 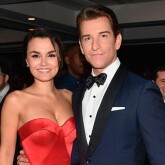 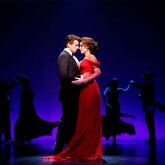 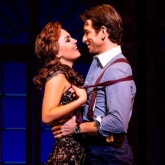