The Tony-winning story of how Frankie Valli and The Four Seasons became international pop superstars.

Jersey Boys is a bopping, bouncing, and thoroughly enjoyable musical biography of the Four Seasons. While the band defined a generation, they also went through some difficult periods and struggled with in-group fighting. The biggest emphasis is based on little Frankie Valli and his stunning falsetto voice, exploring his relationships with the others.

While the show is a jukebox musical like Mamma Mia, it puts storytelling front and center.

Fans of the Four Seasons will be in heaven as the group’s best songs are performed with gusto onstage. Meanwhile, anyone interested in rags to riches stories or the perils of showbiz will be enthralled by the narrative.

While the bouncy score of classics from the Four Seasons keeps the show light, the show tackles some difficult issues. There is love, death, and infidelity in Jersey Boys, so it isn’t exactly a light-hearted watch for all the family. There is a lot to love in Jersey Boys whether you’re a fan of the Four Seasons or not. Anyone who has experienced a tight group bond will empathize, as will anyone who fondly remembers the 1960s and 1970s.

The four performers shared a strong loyalty to one another, gained through their lives on the streets of New Jersey. Certainly, the strict code of honor they adhered to helped them overcome some tricky life challenges. Whether it’s gambling debts, Mafia threats, or issues at home, the Jersey Boys always protected one another.

As a result, the show is equal parts energetic and heart-warming.

Of course, people who loved the band will be particularly pleased by this fast-paced musical romp. From the streets to the stages, Jersey Boys is a compelling tale that shouldn’t be missed! 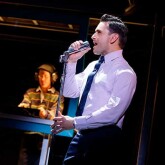 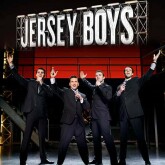 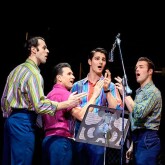