Magic on Broadway: ‘Harry Potter and the Cursed Child’ Arrives in the U.S. When the Harry Potter books first came out in 1997, children fell in love with the world created by J.K. Rowling. After seven novels and eight movies, both children and adult fans still can’t get enough of Harry, Hermione, and Ron. The world is in for a treat because Rowling has now penned a stage play with Jack Thorne and John Tiffany.

Fans of the Broadway stage will be intrigued by this particular show because of its two parts.

The story follows Harry as he raises his family of three children along with his wife, Ginny. Tragedy and intrigue are never far from Harry, however, as the story continues with his youngest son, Albus, and the boy’s struggles.

You might try a back-to-back performance of both parts in one day. It’s possible that Broadway might divide the parts over two nights so that patrons can be fresh for each section.

Harry Potter and the Cursed Child Parts I and II have won several awards for the West End production.

Select Tickets to Broadway’s hit musical Harry Potter and the Cursed Child at the Lyric Theatre in New York City! Part One and Part Two. 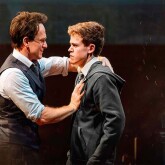 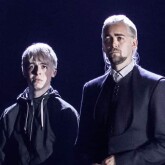 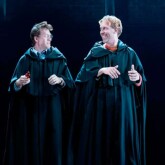