Frozen is the Disney musical that took the world by storm on the big screen in 2013. The film won Academy Awards, Critics’ Choice Awards, a Grammy, and plenty more big accolades. Since then, it has made its way to stages around the world, finally getting ready to hit Broadway.

The original composer and lyrics team made up of Kristen Anderson-Lopez and Robert Lopez, bring the big songs and heart-warming storyline of the film to the stage of the St. James Theatre. This pair is also responsible for past Broadway hits including Avenue Q and The Book of Mormon.

Frozen is based The Snow Queen, the classic fairytale by Hans Christian Anderson.

The story focuses on two sisters, Elsa and Anna, who live in the snowy Scandinavian town of Arendelle. The two girls lose their parents in a tragic accident at a very young age. Elsa has since excluded herself to hide her deadly secret – she can create ice and snow with her bare hands. When she is forced back into the public eye for her coronation, her secret is revealed and she flees. It’s up to Anna to save the kingdom, get her sister back, and figure out various love lessons along the way.

The story of two sisters’ love for one another is a pleasure to watch. And of course, as with all Disney productions, it’s sure to be an aesthetically fantastic show on the Broadway stage. 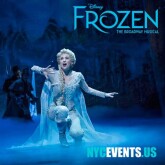 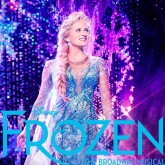 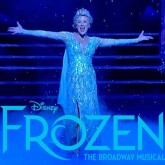