Dear Evan Hansen Broadway Musical is a poignant reflection of life as an outsider, and the drive to be popular. Both comedic and touching, the show cleverly incorporates classic musical elements.

What happens when a lonely and desperate teen gets the chance to achieve a glimmer of popularity?

The show explores the depth of despair that can exist in high school students and the almost universal desire to fit in. With the inclusion of social media, the story behind Dear Evan Hansen is a well-crafted and modern tale.
Dear Evan Hansen is a shy and neurotic loner who finds himself with a broken arm and a therapist appointment just before the new school year begins. His therapist urges him to write himself a letter as a reminder to stay positive, and Evan does just that. However, this letter is the catalyst that propels Evan into the center of another family’s tragedy…whilst offering him at a shot at popularity.

The show also incorporates Evan’s relationships with his caring but busy mother and a popular love interest. The musical is sometimes sad, sometimes funny, and sometimes almost satirical. Cleverly, the musical interludes offer insight into Evan that he often can’t provide to others due to his social anxiety.

The musical also boasts an excellent score was written by Benj Pasek and Justin Paul. The pair, who created the lyrics for multiple Oscar nominee La La Land, bring drama and light to this heartbreaker of a play. The acting in Dear Evan Hansen is also impeccable, with Pitch Perfect’s Ben Platt shining in the lead role. 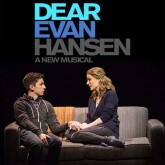 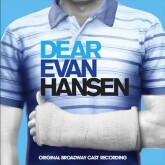 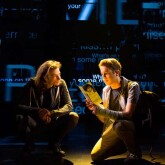