Chicago is a fantastic example of a Broadway musical thoroughly entrenched in place. In this case, it’s post-Prohibition Chicago where the Roaring Twenties are in full swing.

Chicago has been a massive stage hit, released in 1975 with continuing performances in London, New York, and across the world.
As a testament to its popularity, Chicago is also the second longest-running stage musical, outstripping Cats and coming second to The Phantom of the Opera.

The play received more attention after the release of the 2002 film adaptation starring Catherine Zeta-Jones, Renée Zellweger, and Richard Gere.

The musical follows Roxie Hart, an aspiring performer who follows seasoned vaudevillians like Velma Kelly. The two end up in Cook County Jail together after both are separately accused of murder.

Roxie is fairly innocent on the surface, but how far will her showbiz aspirations take her?

With the help of Velma and slick lawyer Billy Flynn, Roxie becomes the center of a media circus. However, in a world where the next big name is always just around the corner, how can she keep her fame?

Chicago charts Roxie’s rise to success, her ongoing court battle, and her relationship with her devoted husband.

With the stories of the other incarcerated women as a strong backing track, Chicago is glitteringly entertaining. From the wild and fast-paced drama to the catchy, jazz bar music, Chicago is a joy to behold.

All of the musical numbers are performed with verve, including first-rate pieces like “Razzle Dazzle” and “Cell Block Tangle”. Meanwhile, the illustrious sets and sparkling stage costumes are visually spectacular.

– Who knew the inside of prison could look so good? 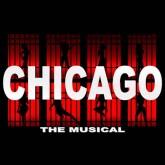 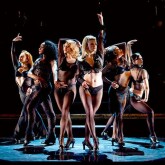 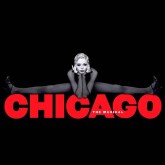