THE BOOK OF MORMON NYC

The Book of Mormon Broadway Musical is a hilarious religious satire musical that has won fans in New York, since its 2011 release.

The production opened to an already excited audience given the illustrious comedy and creative background of its writer. Trey Parker and Matt Stone, the creative minds behind television’s South Park, wrote the show and co-created its music with Robert Lopez, who has previously worked on hits like Avenue Q and Frozen.

The two young friends travel to Uganda to convert the native people to Mormonism, and it is there that they find themselves completely out of their depth. While the boys and their fellow missionaries fail to convert any of the locals to their religion, a terrifying despot begins threatening the villagers.

Comedy ensues as the show offers some hilariously delivered moral lessons and lampoons religion, youthful ignorance, and other Broadway productions.

The Book of Mormon was expected to be popular among South Park fans, but in partnership with Lopez, Parker and Stone have created a truly exceptional musical. The show is funny and blasphemous, often silly but never stupid, and its jokes rarely fail to hit their targets. What’s more, The Book of Mormon offers moments of morality and romanticism that are an unexpected but welcome complement to the story.

The show may not be enjoyable for people who are against religious satire, but for those who are open to humor around slightly sensitive subjects, The Book of Mormon is a must-see.

THE BOOK OF MORMON TICKETS

Select Tickets to Broadway’s hit musical comedy The Book of Mormon at the Eugene O’Neill Theatre in New York City!

THE BOOK OF MORMON SHOWTIMES

THE BOOK OF MORMON VIDEO 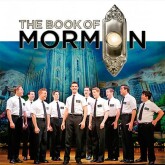 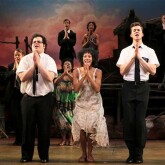 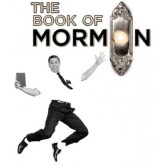